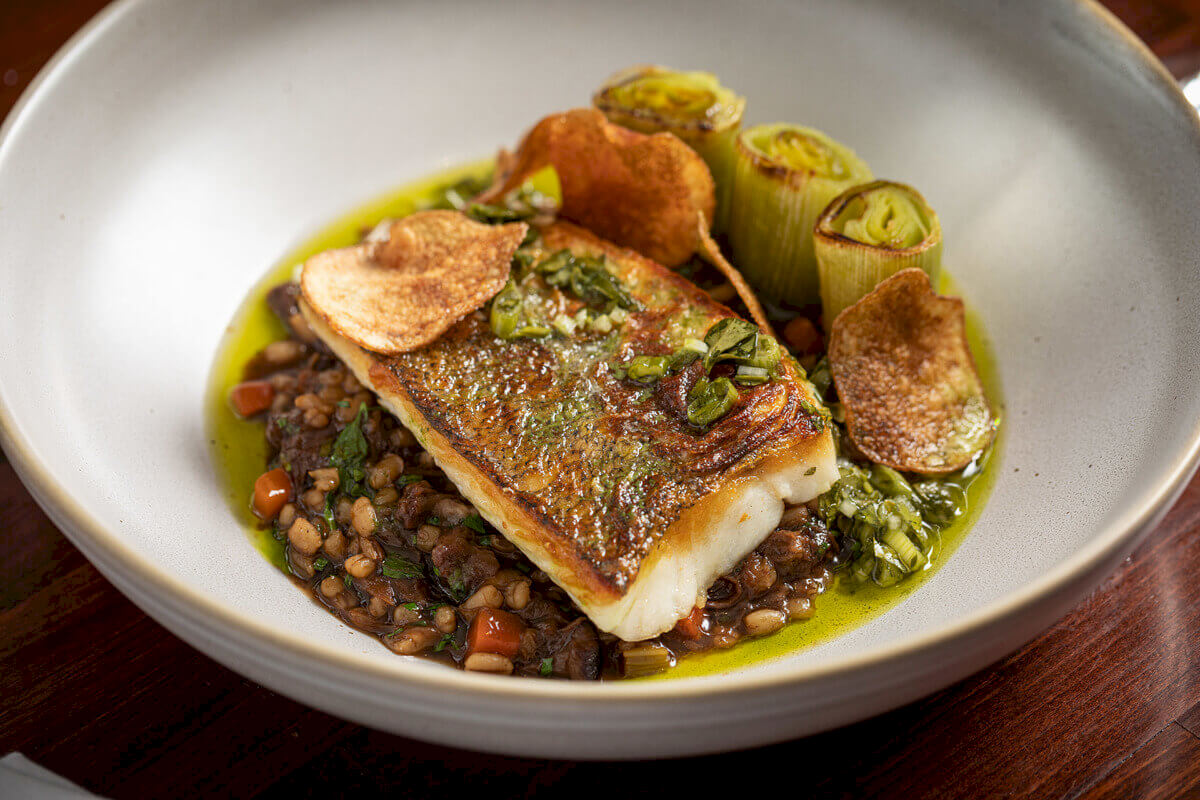 The Best Seafood in Penzance

The coast draws us. Broad sea views reset minds. Surging waves soothe. Family days on the beach bring joy. And the produce from the sea, and the history behind it, also has huge appeal. So time to tantalise your tastebuds with the story of seafood in Penzance and Newlyn’s fishing heritage - all with our tips on the best local spots to eat seafood today.

Is there a long tradition of catching seafood in Penzance? 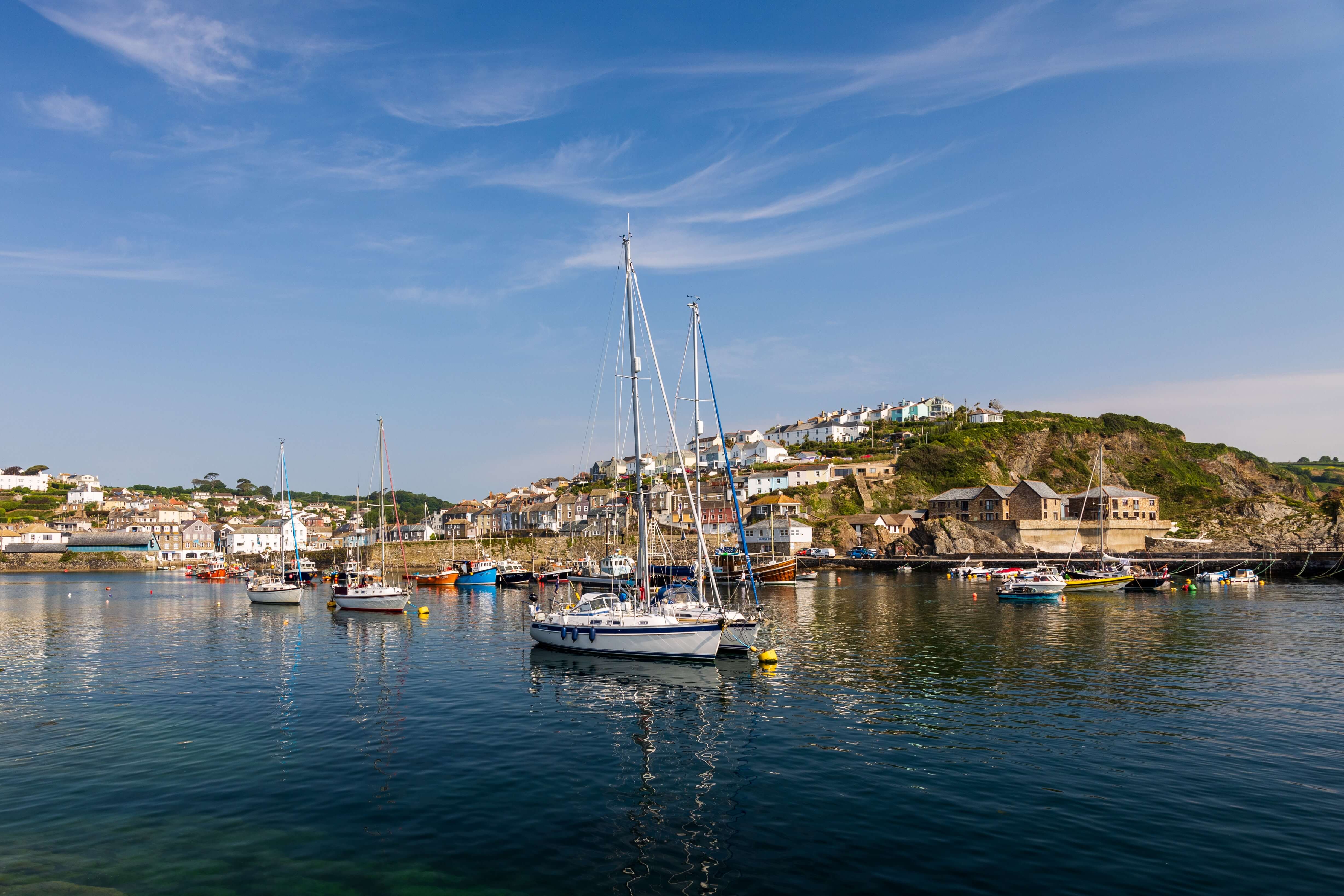 The coast, harbours and fishing villages around Penzance have a strong, proud tradition of harvesting the fruits of the sea. The Cornish poet, Michael of Cornwall noted in the 13th century that tin mining and fishing were core local industries, honouring the seafood in Penzance.

In 1582 some two thousand ‘mariners’ were recorded in Cornwall, while by the 1600s Cornish fishermen were working the Newfoundland fisheries off the east coast of Canada.

Over the centuries, the industry has shaped the coast around Penzance that you see today - protective harbours, busy ports, stone cottages providing shelter to fisher folk after gruelling, dangerous days and nights at sea all contributing towards the seafood in Penzance.

It has also influenced the area’s culture. Drop into the Penlee House Gallery & Museum in Morrab Road in Penzance, and you’ll see evidence of how fishing has shaped this part of Cornwall - from its evocative paintings of the Newlyn School to its intensely atmospheric photographs dating from the 1860s to the present day.

Just 1.5 miles west of Penzance, the fishing port of Newlyn is still one of the largest in the UK and supplies a host of seafood to Penzance. According to Newlyn's Fish Market, around 100 fisherpeople, working 60 boats land up to 40 different species each day.

The catch includes monkfish, hake, turbot, mackerel and cuttlefish as well as sardine, shellfish, and line-caught bass, which all contribute to the best seafood in Penzance.

Can we see the fish market at work? 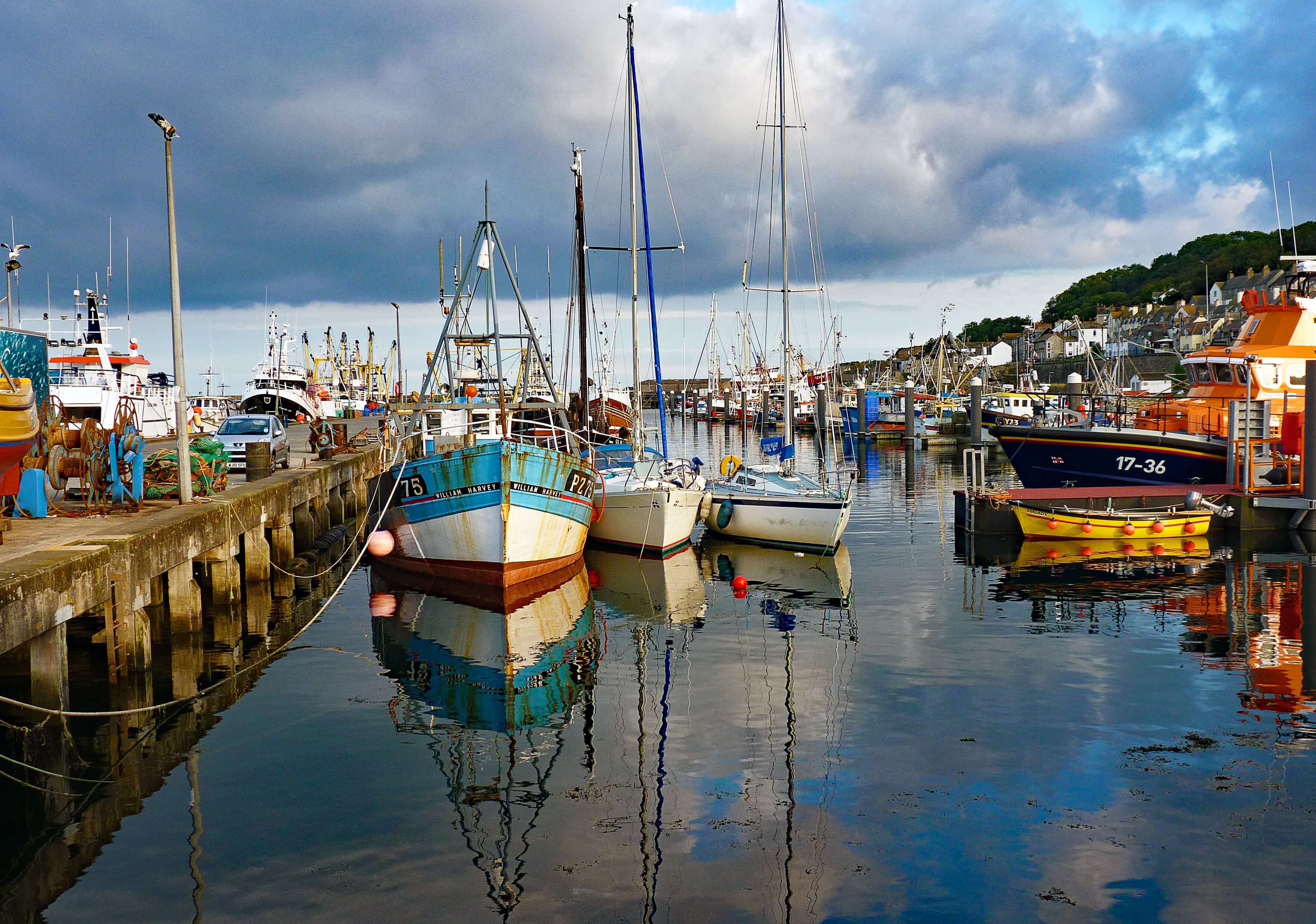 You can't fully embrace the seafood in Penzance without a visit to the fish market.

You can get a memorable insight into the rich local fishing culture of seafood in Penzance yourself. Set the alarm early (4am is ideal) and head down to the bustling Newlyn Harbour Fish Market. There you’ll see swathes of people in white coats and yellow gumboots working to get the freshest catch graded, separated into red boxes and labelled so it can be sold onto the UK’s best restaurants.

Where are the best local places to buy seafood in Penzance?

Some 60-80% of the catch you’ll see is exported to the EU - places such as France and Spain. But it doesn’t have to be - once you’ve taken in the bustle of the market, stop off at blue-fronted Fresh Cornish Fish at 38 the Strand, directly opposite the market.

They stock whatever’s been landed that day. So you can select everything from a few fillets or a cooked crab to samphire, diver-caught scallops or a 4kg box brimful of just-caught fish. They’ll even package it up so it’s still perfectly fresh when you get home. So you can enjoy your Cornish fish supper knowing you’ve not only supported a fine local industry, but you’ve also helped further the centuries-old local tradition of seafood in Penzance.

Can I try cooking it myself - and even catching it?

Sign up for a session or two with Hook & Cook. It’s run by Penzance-based fisherman and chef Justin Ashton. Born and brought in shore-side Brighton, Justin has 25 years’ experience was a chef - and moved to Cornwall 18 years ago. He's now an expert with the seafood in Penzance.

His passion is helping fisherpeople cook, and cooks catch fish. So his trips might see you heading out to sea from Penzance Harbour, going rock fishing, having a parent and child catching and cooking session, or embarking on seafood adventures lasting two days.

So where’s the best place to sample all this fabulous seafood in Penzance?

Hotel Penzance is steeped in the local seafaring tradition and the perfect place to taste the best seafood in Penzance. It’s set in an elegant town house that was once owned by prosperous merchants, and the wide windows still provide spectacular views of the harbour and St Michael's Mount. It’s a place to watch local fishing boats set out, gig teams strain against their oars and the RMV Scillonian III setting sail for the Scilly Isles. 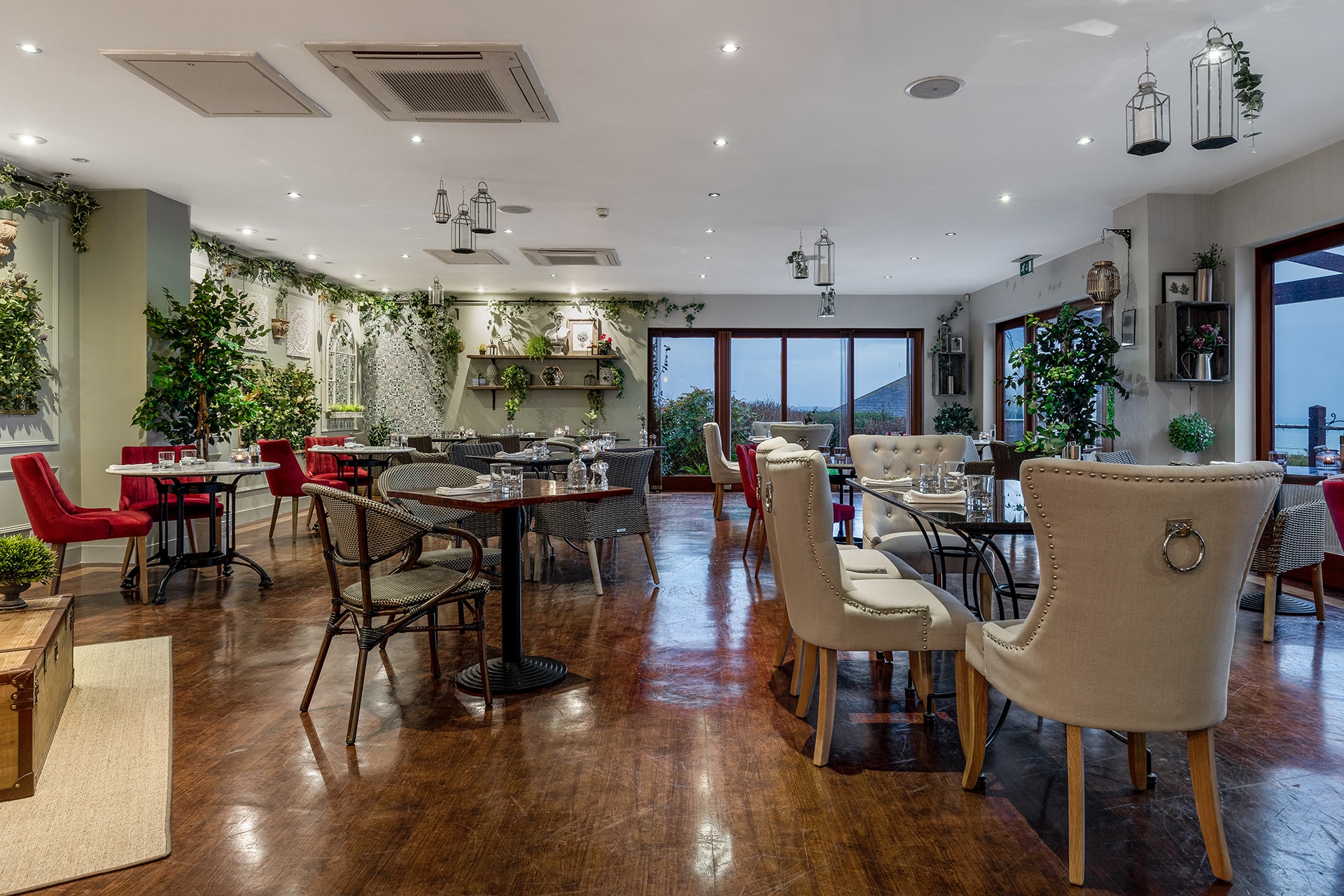 It’s partly the food, partly the atmosphere, partly the setting and partly the seafood found in Penzance. The hotel’s acclaimed restaurant features a beautifully-refurbished Garden Bar where large windows overlook the broad bay. The pick of the fish that’s been landed each day at Newlyn features on menus that showcase the cream of Cornish produce.

Opt for two or three courses (for just £18.95 or £23.95 per person), and prepare to feast on Cornish mussels finished with cider and chives; perfectly-cooked white fish caught that day; seafood platters overflowing with shell-on prawns, mackerel pate and the sweetest crab.

And there you have it - Penzance and Newlyn’s stories: heritage, industry and fine flavours, artfully combined on your plate.

Published by Belinda Dixon, within the category of General and tagged with Seafood in Cornwall, 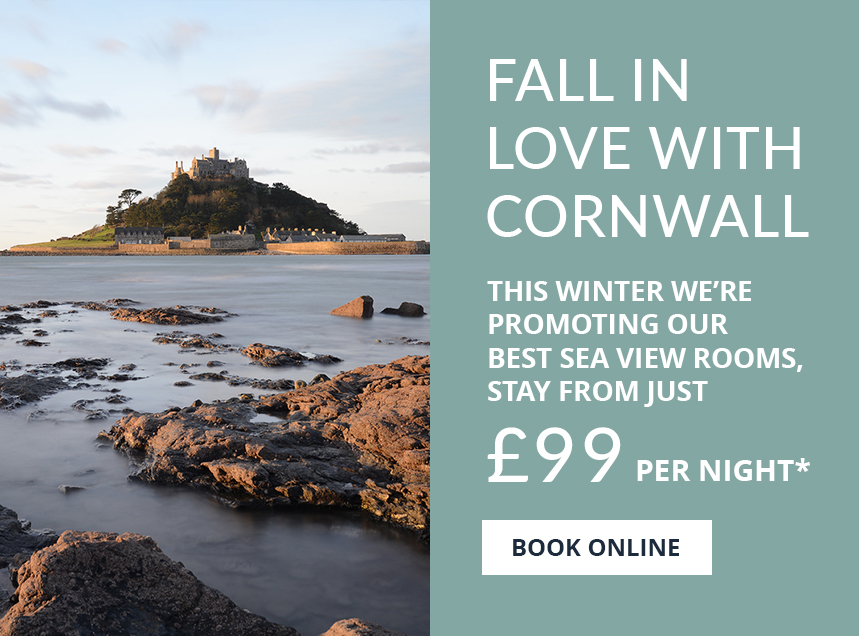